BUSINESS IS GOOD, NO BAD, WHICH IS IT?

If I asked you how business has been so far this year, what would your answer be? Good, bad, lousy, terrific?

Over the past 30 days I have kept track of the answers I received when asking that question. Right now the good is 52% and the bad is 44% and so so comes in at 4%.

I started this little survey because of a story I heard Zig Ziglar tell about when he addressed the Michigan realtors association in Detroit several years ago. During the first break he asked a gentleman standing next to him how his business was. The response was "terrible, just terrible, you know General Motors is on strike an no one is buying a house while their company is on strike. Zig goes on to say he wished he had never asked the question because the gentleman just wouldn't stop talking about how bad things were. Zig said he was never going to ask that question again.

Well, another break comes and he forgets himself and asks a little lady standing next to him, who he later learned had spent a lifetime in the real estate business, how business was.  Her answer was "Well, you know that General Motors is on strike", and Zig is thinking here we go again.

The lady then says that with GM on strike, people have plenty of time to look for the exact home they want. They can spend all day looking. She proceeded to tell him that we all know that GM employees will return to work at some point and then they can sign their contract for a new home.

Zig says the lady then asked him if he had any connections to make the strike go longer because she would like to take advantage of the time people have for looking at homes just a bit longer.

What a contrast. Two people in the same market with totally different perspectives on how business is. One sees a temporary obstacle as a negative, the other sees it as a positive.

Two thirds of the year is still left for us to accomplish our 2017 goals. Let's make sure we are approaching the remaining time with a positive, can do attitude. It's your future, you know. Remember we have a lot of resources to assist you in reaching those goals. Just click on www.consultantsincleaning.com.

Till next time.
Posted by Dick Ollek, CBSE at 9:41 AM No comments:

ANY PLANS FOR THE SUMMER?

As summer approaches, and the children out of school, many people are planning their summer vacations and other events. It's the thing we do, right?
Well, how about planning an employee event for them and their families. It can be so much fun and it gives you the chance to interact with the employees and their families and visa versa. Here are some the things we did that gave me the opportunity to see many of the people we impacted doing the course of their employment with us,
Hired a face painter for the children as they arrived.
Hired a magician to put on 2 or 3 shows during the day.
Hired a clown to be with us most of the day to make animal balloons etc . for the kids.
Rented a ball pit similar to the ones at McDonald's playland locations.
You probably noticed that each of the items above say hired or rented. That doesn't mean we did them all each year. Usually one each year. We had several branches and the managers were each given a budget and then could arrange the function as they wanted to.
We found in every city where we operated there were amateurs that were very capable and willing to do the clown, face painting, and magician parts for a very small fee. I found many times that for the magician acts the adults were seated in the front row being children all over again.
We did them on a Saturday so more people could attend and always away from the office, usually in a park where we could rent a picnic area etc.
Our policy was to provide all food such as hamburgers or hot dogs or ethnic food where we had a majority of different ethnic staff. I learned to eat and like foods from other countries, especially when prepared by the people from those countries. After the first year, in almost every location, our employees started preparing their favorite dish that was not American and wow, what great cooks we had. Each year we seemed to get more dishes. In fact they started asking if it was okay if they prepared their favorite dish. I loved it (and the food).
In addition, we always had some sort of small giveaway to the children and employees that marked the event. For example on our 25th anniversary all employees received mugs highlighting the anniversary.
We also found it effective to present anniversary awards to our employees with 1, 5, 10 years of service etc. It really helps to create a more positive feeling toward the company when their family sees them getting an award for years of service.
I could go on and on with details but the purpose of this blog is to encourage you to consider an employee day event. It really helped to create better attitudes toward our company but maybe just as importantly it helped me to get a better understanding of the great people we had working hard to satisfy our customers.
Try it you'll like it. If you have any questions just go to our web site at www.consultantsincleaning.com and send us a message and we'll get right back to you and discuss in greater detail this employee bonding event.
Till next time.

Posted by Dick Ollek, CBSE at 4:46 PM No comments: 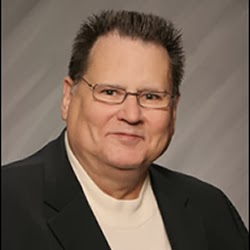